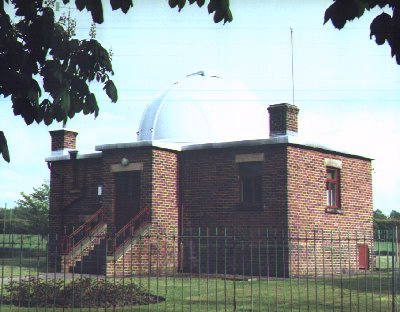 The Jeremiah Horrocks Observatory was built by Preston council thanks to the persuasive efforts of George James Gibbs, the curator of the dilapidated Deepdale Observatory and President of the Preston Scientific Society. It was opened in timely style on June 29th 1927, the day of a total solar eclipse. The new observatory lay in the path of totality and some 30,000 people thronged on Moor Park to witness the event.

The Main instrument in the observatory is an 8 inch Thomas Cooke Refractor. This telescope was originally acquired by Gibbs for the Deepdale Observatory in 1912. It was purchased by Preston Council for £200 from the widow of a wealthy mill owner in Clitheroe. It is thought that the telescope was built by Thomas Cooke in 1867.

George J Gibbs died of a stroke on February 22nd 1947 and the council finally appointed Emeritus Professor Vinicio Barocas as Director in July 1949 until his retirement in August 1979. During his office Professor Barocas founded the Wilfred Hall Observatory at Alston near Preston which is now the main teaching centre for Astronomy and Astrophysics at the University of Central Lancashire.

Not forgetting the man the Observatory is named after, Jeremiah Horrocks. He was born in 1619 in Toxteth, Liverpool. He attended Cambridge University as a SIZAR (poor Scholar) from the age of 13 till 17 when he left without taking a degree. He then went to live in Carr House, Much Hoole near Preston where it is thought he taught children and was a lay preacher or bible reader in St. Michael’s. Here he practised astronomy in his spare time. Horrocks worked on Kepler’s predictions for the planet Venus and calculated that the planet would transit the face of the Sun on 24th of November 1639. This he observed and got William Crabtree of Salford to confirm it and thus entered the history books before his mysterious death at the age of 22 on January 3rd 1641. 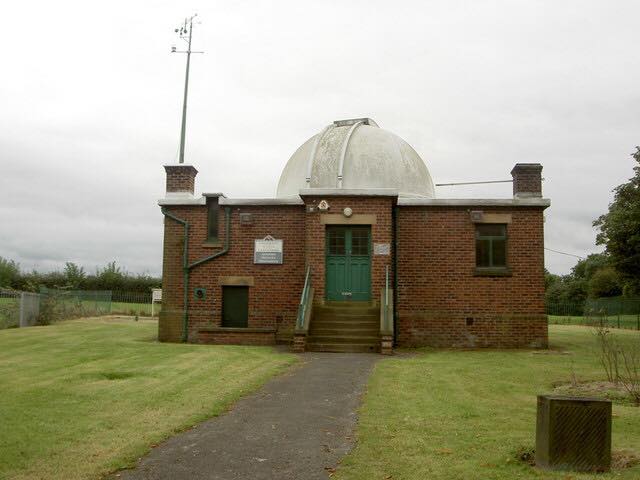 PADAS hope to soon present a small inexpensive booklet detailing the history of astronomy in Preston and the society, etc. Stay tuned for details!